Back in the days that I had time to go to the gym, I faced a tough decision. Should I tough it out in the ear-splitting musical mayhem of a spin session or sweat through a solo workout on an elliptical machine?

Although I could have made my decision based on the calorie burn or the muscles I wanted to work out, I took a less technical approach.

When I was feeling pissed off or energetic, I would jump into the spin class.

If I was feeling antisocial or lethargic, I allowed myself the luxury of a solo elliptical workout, one of the best cardio exercise machines.

Unfortunately, as I started building my home gym, I no longer had the luxury of choosing between the two. With a small initial budget and limited space, I had to pick between the spin bike and the elliptical machine.

It was then that I started diving into the differences between the types of equipment and which would burn more calories.

I wanted to see what was the best value for my small home gym.

Here are a few common questions people ask when considering the differences between an exercise bike and an elliptical for weight loss:

Which burns more calories a stationary bike or an elliptical?

Is a bike or an elliptical better?

You’ll burn more calories on an elliptical, about 15%. But remember, you can be successful with both machines through intensity and consistency.

Which is better for burning fat, a treadmill or an elliptical trainer?

A treadmill burns more fat, but not by a very big margin. "If we were to compare apples to apples—same heart rate on both machines—you would burn a few more calories running on the treadmill," as according to certified strength and conditioning specialist Holly Perkins.

Are ellipticals good for knees?

Elliptical trainer machines are low impact and should not promote knee pain if used correctly. If you have joint pain due to arthritis, an elliptical could be an excellent cardio alternative to running or jogging.

One of my favorite things about exercise equipment is that even the low-end models can provide a great workout for weight loss, to stay fit, and muscle toning.

However, if you're investing in a piece of equipment to use in your home for years, it makes sense to buy something with the features that you value and a warranty that won't let you down.

Low-end bikes and ellipticals start around $100 to $200. They typically come with limited warranties.

But I was surprised by how often these low-end versions have advanced features, like calorie tracking and heart rate monitoring.

Despite this benefit, I'm not sold on low-end models. Some low-end bikes have huge seats that, while comfortable, don't promote pedaling hard.

Low-end ellipticals are often limited in how much resistance (if any) they provide.

Low-end spin bikes and ellipticals start around $100 to $200. They typically come with limited warranties.

But I was surprised by how often these low-end versions have advanced features, like calorie tracking and heart rate monitoring.

Despite this benefit, I'm not sold on low-end models.

Some low-end bikes have huge seats that, while comfortable, don't promote pedaling hard. Low-end ellipticals are often limited in how much resistance (if any) they provide.

Mid-range spin bikes and ellipticals are where I focused my search. Decent versions of each type could be found for $500 to $700. Lifetime frame warranties and years-long warranties on the moving parts are pretty common.

These mid-range options also seemed quieter, an important feature for me. Working out while my kid's nap is my favorite outlet.

Ellipticals start getting a bit fancier at this price range. Pre-programmed workouts (thank God!) to alleviate boredom make an appearance.

High-end versions just confuse me. Why would I want to spend $2000 on a spin bike if I'm not a professional athlete?

This where people get nit-picky about the weight of the fly wheel on the spin bike. I don't care myself. High-end ellipticals are festooned with fancy features like Bluetooth connections or USB charging.

But, yeah, they are still just examples of exercise equipment. If you're a pro runner or biker, then maybe it makes sense for weight loss.

While I already know that spin classes turn my legs to jelly, I did look up what muscles each piece of equipment targeted.

Spin bikes are lower body focused, working the muscle mass in groups like calves, quadriceps, hamstrings and glutes. There is also a bit of core work going on if you're moving around a bit. In contrast, an elliptical with arms also targets your chest, biceps, triceps, and back muscles.

Ellipticals are also not as great at working out hamstrings and calves but instead focus on quads and the hip muscles.

A 2010 study shows that ellipticals beat out both bikes and treadmills for upper body exercise.

However, the study, which measured muscle activity in multiple areas, only measured male athletes working at 65% effort.

The crazy rocking and up-and-downs of spin class were not taken into account.

An Athlete's Take on the Better Exercise for Butt and Thigh

Though this take is less scientific, this guy has a point that alternating between standing up and sitting down makes spin bikes an effective butt and thigh workout.

Back in my gym days, if I wanted to burn calories fast and hard, I went to spin class.

If you want to lose weight, it's all about the intensity. Harvard's article about the calorie burn of different activities backs me up on this conclusion.

Moderate intensity biking burns around 200 calories per half hour, but vigorous biking bumps it to 300 calories. Ellipticals (not evaluated by intensity) are somewhere in the middle at around 270 calories per 30 minutes.

The piece of equipment doesn't make as much difference as the amount of effort that you put into the workout.

What I find interesting about the calorie burn is that the elliptical trainer has a "generic" pace and the spin bike doesn't.

To me, this implies that the spin bike can accommodate both an easy and intense workout for calorie burning.

Or it means that people don't know where the resistance increase is on the elliptical? 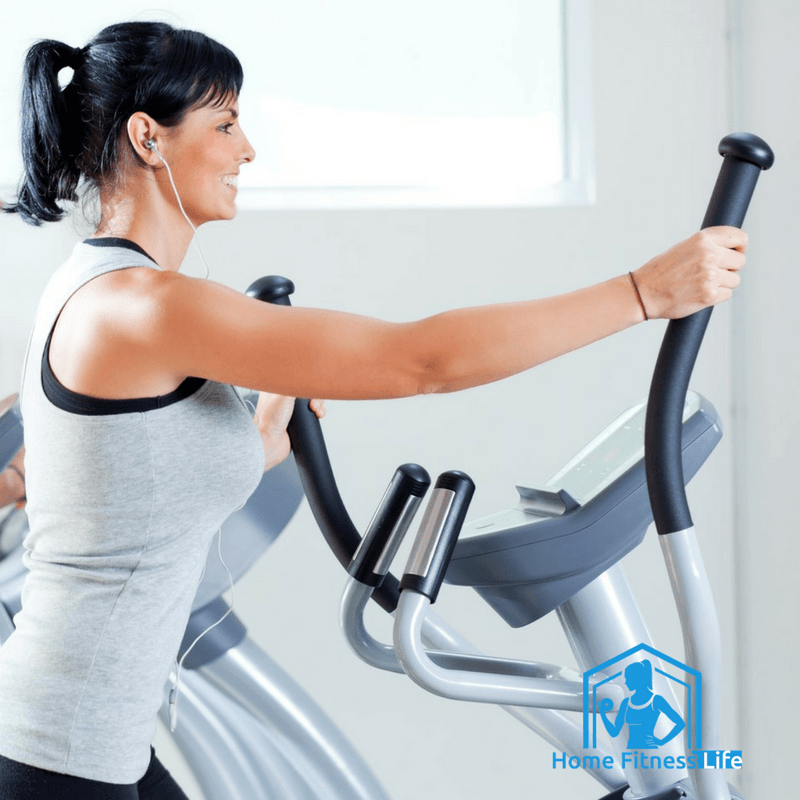 In doing my research, I noticed that both spin bikes and ellipticals use a front wheel that spins. On a bike, you spin it from far away with the pedals.

On an elliptical trainer, your feet glide on a platform that is attached to a wheel, engaging your upper and lower body.

The spin bikes look more approachable though. It's like a road bike without the back tire. If you've ever ridden a bike before, you know what to do.

All spin bikes have an option to adjust the seat height (and sometimes how far away from the handlebars it is).

Then you pop on the bike and get pedaling. Twisting a knob at the front of the bike adjusts the resistance.

The spin bikes look more approachable though. It's like a road bike without the back tire. If you've ever ridden a bike before, you know what to do.

All spin bikes have an option to adjust the seat height (and sometimes how far away from the handlebars it is).

Then you pop on the bike and get pedaling. Twisting a knob at the front of the bike adjusts the resistance.

Ellipticals, while they don't come with the ability to adjust seat heights or mechanical parts, can take some mental adjusting. Stepping on the foot platforms makes them start moving.

It's like a weird version of running and sometimes disconcerting at first. There can also be issues as you figure out the form for using ellipticals.

When I was first learning how to use them, my feet went numb a couple of times.

Now, however, I jump onto an elliptical trainer as easily as a bike and start powering through a workout.

Stationary Bikes versus an Elliptical

While exercise bikes target the lower sections of the body, an elliptical trainer helps you gain strength in the upper and lower body as well. This means that a stationary bike will help you effectively target the quads, thighs, buttocks, calves, and hamstrings.

Both spin bikes and ellipticals can be space hogs. While the cheap versions of both types of equipment can fold, the mid-range versions do not.

Spin bikes occupy about 5 feet by 2 feet. Ellipticals may be just a bit wider at 5 feet by 3 feet. Both types of equipment are also fairly heavy, often weighing in at over 100 lbs.

Buying one of these pieces of equipment is like trying to stuff a loveseat into your workout area. Once it's in there, it's not moving anytime soon.

Both spin bikes and ellipticals provide good workouts for my achy knees and occasional shin splints. Spin bikes are not weighted bearing (as in you are sitting).

This makes them a good fit for workouts during recovery from an injury. Although ellipticals are weight bearing, they are also categorized as low impact.

Your feet don't slam into a hard surface like on a treadmill. They glide around in circles. The 2010 study recommended ellipticals as a training device for rehabilitation.

The Best Ellipticals of 2021
Read More

If you're looking to a burn a lot of calories for weight loss, spin bikes and ellipticals enable you to up the intensity. Spin bikes offer a wide range of different intensities for muscle toning and to stay fit.

All you have to do is adjust the resistance. Mimicking hills by rising out of the seat is also killer.

Practicing hills is its high intensity training practice - 30 seconds up and out of the seat pedaling at high resistance then 30 seconds of low resistance pedaling.

Ellipticals can also offer different intensities with resistance changes (though low-end models won't have that feature).

Pre-programmed elliptical workouts are helpful because they adjust the resistance for you. I tend to use these workouts to zone out and mindlessly burn calories while I mentally compose a grocery list or something.

Choosing between a spin bike and an elliptical is a big choice for a small home gym. I hope that I've given you some insight into which may be better for you.

If your main limitations are cost and storage space, both spin bikes and ellipticals are similar options.

However, when you start getting into what muscles you want to burn or how to increase the intensity, they start to differ.

But ellipticals also work out your arms, which spin bikes don't do.

Whatever you decide, one of these large pieces of equipment can be a great alternative to slouching on the loveseat. 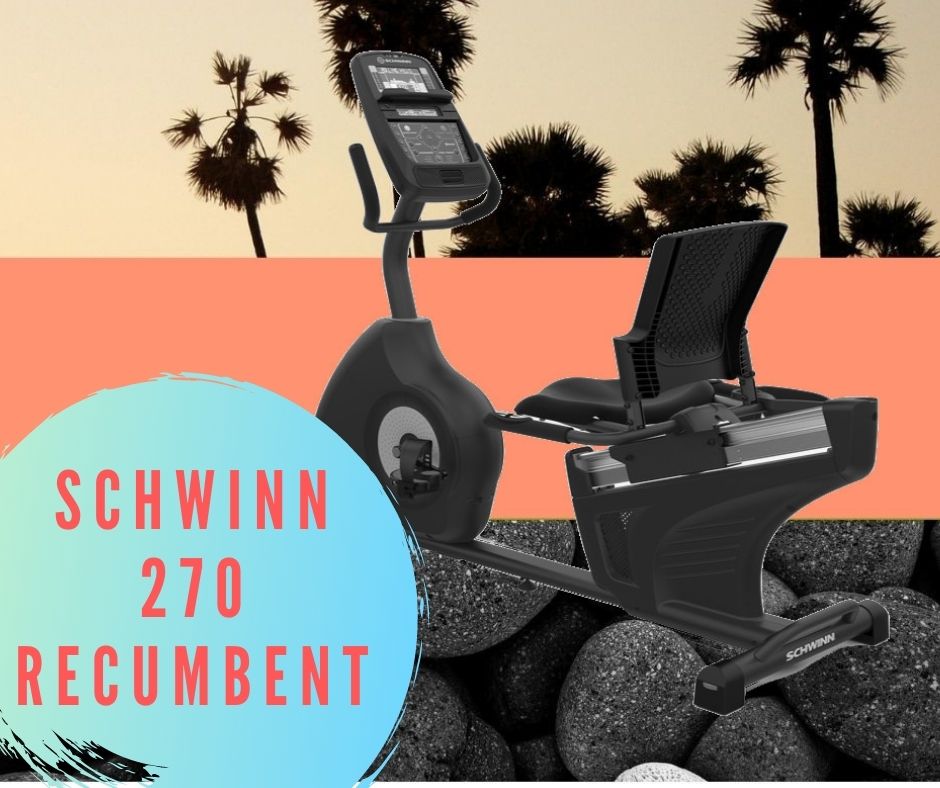 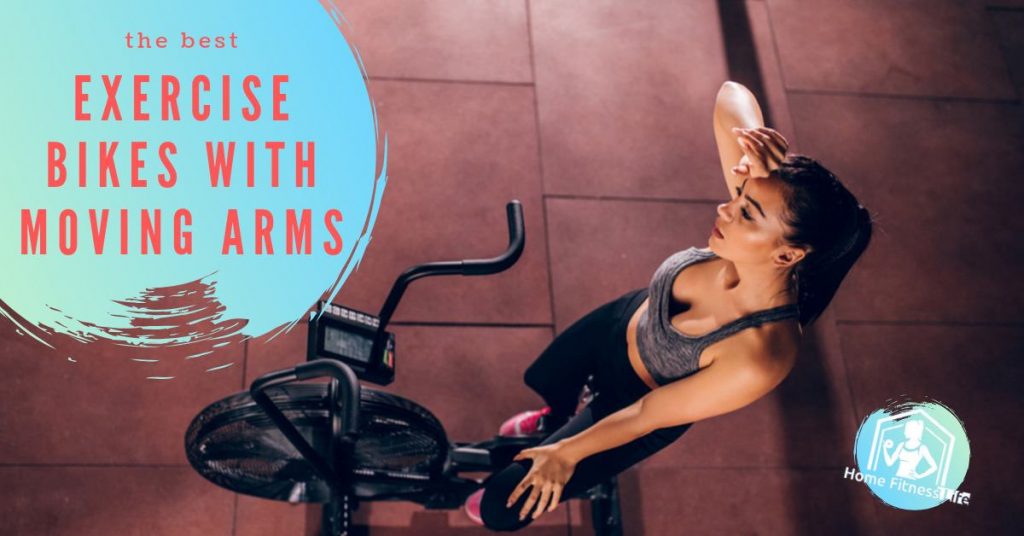